I now understand firsthand why they call this place Hotlanta. And, sorry, Ludacris and others, it isn’t because of the pulsating nightlife. Most of the country is aware of the self-proclaimed drought that this region has been experiencing since around this time last year. And though compared to real droughts around the world this o
ne is only minor, its impact has been taken seriously. Bans on water use, plans for re-directing from other water sources and plenty of creative thinking on ways to reduce consumption. This second figure was the winner of a Photoshop contest organized around the theme of drought.

Last year Dave Buschow literally died of thirst on a wilderness survival trip that was meant to test stamina and endurance. As the body begins to dehydrate one loses the ability to think clearly and ultimately cannot sense that it is shutting down. 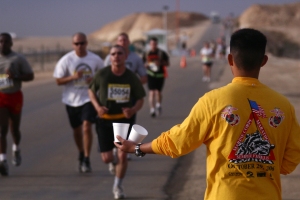 The same type of thing happens to people spiritually. Initially there is a spiritual thirst mechanism in all of us that searches for God. The longer we go without him the more spiritually dehydrated we become until we
no longer desire His presence in our lives.

The good news? The drought is over. In Jesus there is an endless supply of hydrating grace. This final picture reminds me of my role as one who has tasted the Water who takes away thirst altogether.

One thought on “The Drought Is Over”